In order to promote community participation, open debate, and facilitate the sharing of fitness-related news, Active Life DC allows members of the local fitness community to contribute posts. We do not vet these posts, and the opinions expressed are those of the author and not necessarily those of Active Life DC. More information can be found in our Terms of Service. For information on how you can submit a post, visit this page.

6 Winter Conditioning Tips for Cyclists
Best Indoor Cycling Instructors for Those Who Ride Outside
Spin Class to Riding Outdoors: 6 Physical Tips to Improve on the Bike
Cycling Indoors This Winter? 4 Tips for Staying Mentally Focused
Measure Your Performance in a DC Cycling Studio
Best Activity Trackers for Indoor Cycling
15 Tips for Washington DC Bike Commuters
Understanding Your Performance in Spin Class
5 Washington DC Area Bike Trails for the Indoor Cyclist Who Wants To Ride Outside
How Watching the Tour de France Can Make you a Better Cyclist

About the Tour de France

The 105th edition of the Tour de France starts Saturday, July 7 and ends Sunday, July 29.  The largest spectator sport in the world asks 176 riders to spend three weeks traversing 2082 picturesque miles -- roughly the distance from Salt Lake City, Utah to New York City.   So much effort and only two off days!

READ: Watching the Tour will make you a better cyclist.

The grand tours are the ultimate test of endurance.  Simply finishing a grand tour is an accomplishment. To wear the yellow jersey, worn by the tour leader, is seen as a career-defining moment. 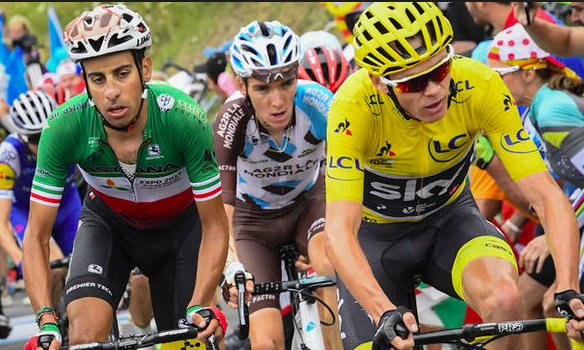 Wear the jersey at the end of the race, and you’ll pedal away with just under US $600,000.  Traditionally, the winner splits the earnings with the entire team, demonstrating that cycling is a team sport in every regard.

What are the Jerseys About?

The three other jerseys are green for best sprinter/points classification, polka dot for best climber and white, best young rider (under 25).  Best sprinter and climber are decided by points.

The white jersey is for the best-positioned rider under 25 years old. In cycling, everyone has the same birthday of Jan 1.  Whether January 2 or December 30 birthday, you age one year on New Year’s day.

Last year, Peter Sagan was controversially disqualified as he went for his sixth consecutive green jersey.  He will be out for blood this year.

How to Watch the Tour de France

Cycling is a unique sport to watch.  The leader of the race isn’t necessarily the first bike on the road.  The overall leader (wearer of the mallot jaune) is the person with the lowest cumulative time.  The winner of the stage finishes first on the day and all jerseys are redistributed.  The race leader may change during the stage, but the yellow jersey only changes hands during the podium presentation. 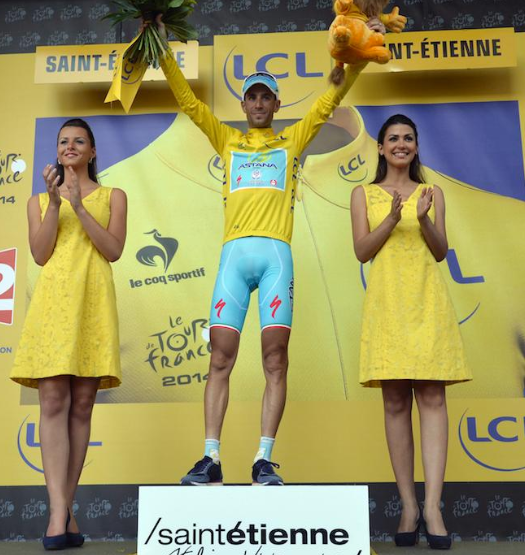 The yellow jersey is awarded after each stage.  As of this year, the Tour de France will no longer employ podium girls.  Image: https://www.mamamia.com.au/podium-girl-vincenzo-nibali/

An average stage of the Tour can last for to six hours.  Only the cycling junkies watch everything. It makes for excellent background entertainment.  You look up when the announcer's voice suggests it’s appropriate. If this is your first time watching cycling, you’ll hear a lot of strange words -- use this glossary as a reference.

Finding the Tour on TV and Online

In the United States, live, cable television coverage usually starts two hours into the stage -- typically 8 a.m. EDT.  The race will start earlier for the pivotal stages. Paid access allows you to watch the entire stage.

Here are your U.S. options for watching the Tour de France:

Suggestions on how to Watch the Tour

The tour is a stage race.  A moving caravan around France with riders, team directors, photographers, chefs, mechanics, officials, fans, media and helicopter pilots all gathering and dispersing.   Keeping up with the daily happenings of the race is part of the allure. There will be spats within teams, between riders sometimes with the motorcycle drivers and even fans.

There’s no wrong way to watch the tour -- as long as you watch, the cycling gods will smile upon you with favor.  But here are a few suggestions.

And Make Sure Your Ride

And if all else fails, play the Tour de France video game.  Playing during the Tour may be overkill, but who am I to judge? 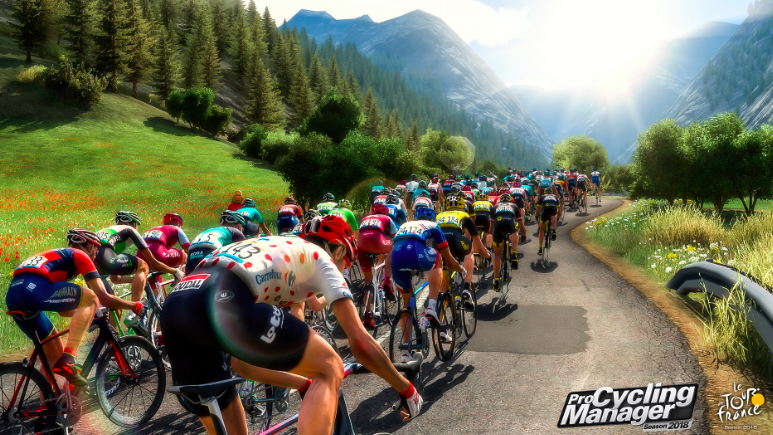 Pro Cycling Manager -- as close to the real thing without putting on spandex.

Save $100 on Cage Fitness 12-Week Session at Pentagon MMA

Fitness as Unique as DC - Come for a Free Trial