From the Fitness Provider: " 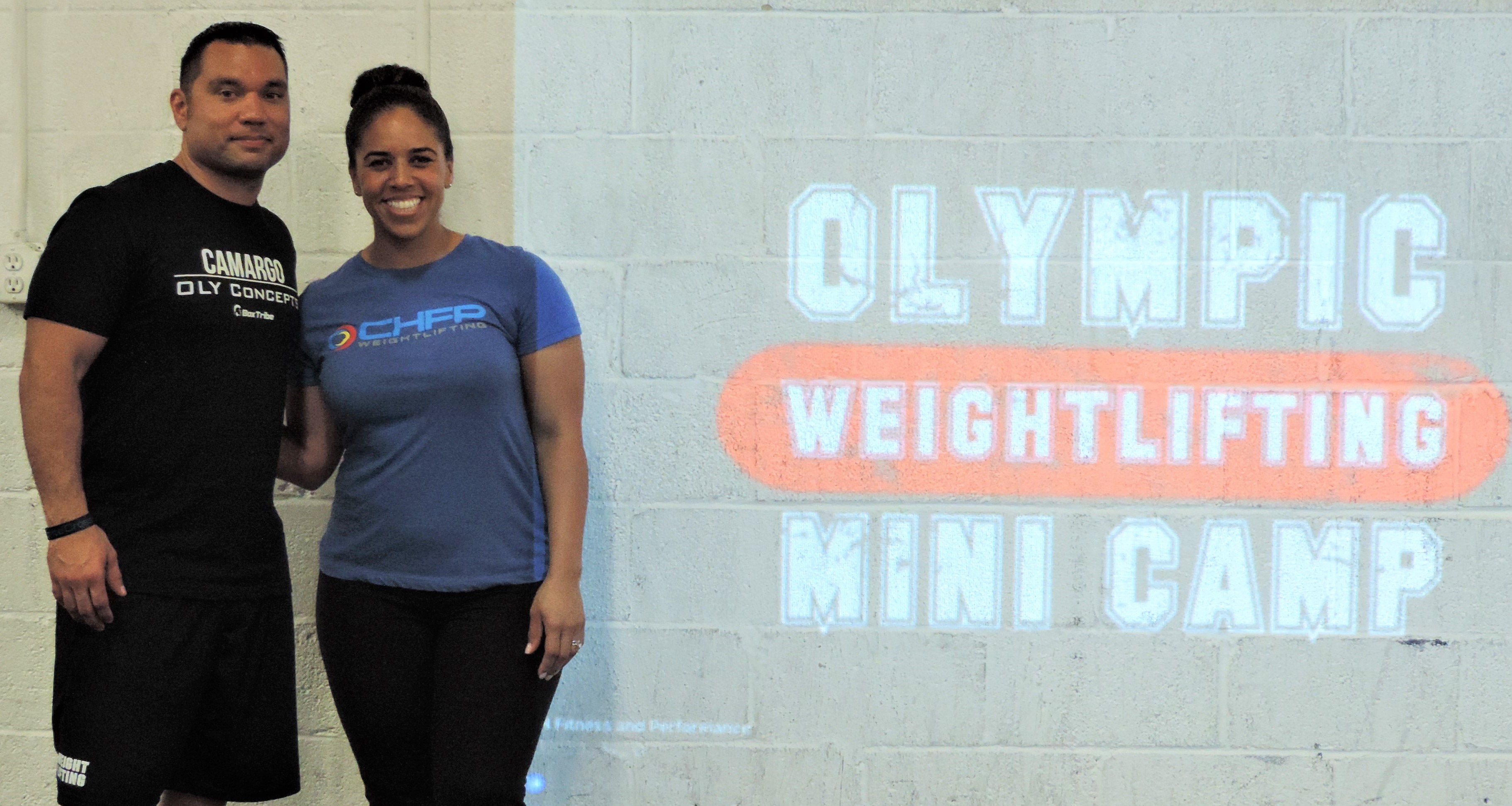 Highlights of the mini camp include:

Attendees will have option to select one of two mini camp sessions:

Cara and Danny will be present at each session to teach and coach.

This event is designed not only to reinforce proper technique as the foundation for success, but to inspire you to train to reach your full potential. Cara and Danny have over 50 years combined of Olympic weightlifting experience, including competing and coaching at national and international events. This is a camp you will not want to miss!

Cara Heads Slaughter is one of the most sought-after weightlifting coaches in the DC metro region providing guidance to over 100 athletes and coaches each week. Certified as a USAW International Coach, Cara has served as a competition coach at every level- local, national and international, including as a coach at the 2016 USA Olympic Team Trials. Athletes under Cara's guidance have earned numerous medals at national and international competitions. Additionally, Cara is certified as a IWF Coach Course Instructor and a USAW Coach Course Lead Instructor and has been appointed by USA Weightlifting to assist at numerous USAW training camps at the Olympic Training Center in Colorado Springs, CO and as Team Leader and Team Coach of international teams.

Cara enjoyed a successful 18-year career as an elite weightlifter, earning 2 junior and 8 senior national championship titles, setting numerous junior and senior American records, and representing the United States at 6 world championships and as a member of the 2000 USA Olympic Team in Sydney.

Throughout her career, Cara was provided the unique opportunity to train at top USA Weightlifting regional weightlifting training centers, including as a resident athlete at the Olympic Training Center, and to learn from some of the most respected weightlifting coaches in the United States- Tony Ciarelli, Michael Cohen, Bob Morris, and Dr. Kyle Pierce.

Prior to competing in the sport of Weightlifting full time, Cara was a Division I collegiate athlete, earning an athletic scholarship at the University of California, Berkeley. As a freshman, Cara competed in the discus and hammer throw, placing third in the hammer at the (Pac-10) track & field conference championships.

Reminder: ACTIVE LIFE DC IS NOT A FITNESS PROVIDER!  We do not supervise these Events and are not involved in any way with the planning or administration of these Events. Always check with the event host before attending as event information can change without our knowledge. By using this website you agree to the following Terms (updated Nov 2014).

Fitness as Unique as DC - Come for a Free Trial

Score a $25 Credit to SweatBox

Join Balance Gym Today and Pay No Dues Until 2020!

Elevate's Winter Special: Get 50% Off Your First Month When You Join!